Cultural appropriation seems to be a phrase that’s coming up more and more frequently on social media, particularly in conversations surrounding the fashion industry. Many popular fashion companies such as Victoria’s Secret, Savage X Fenty, Gucci, and Prada have been accused of cultural appropriation in designs and marketing. The Oxford English Dictionary defines it as “the unacknowledged or inappropriate adoption of the practices, customs, or aesthetics of one social or ethnic group by members of another (typically dominant) community or society.” A deeper understanding of cultural appropriation refers to when people in the dominant culture in society take elements from a culture that has previously been systematically oppressed. This means that in 2012 when Karlie Kloss walked down the Victoria’s Secret Runway wearing underwear paired with a Native American headdress, suede fringe, and turquoise jewellery the Navajo people were deeply offended as the outfit disrespected and trivialised their culture. When designers take inspiration from other people’s cultures, it lets them show a love for the cultural aesthetic. The caveat of that is that often, in doing so, these designers remain prejudiced against its people. END_OF_DOCUMENT_TOKEN_TO_BE_REPLACED

As part of RAZZ’s SHAG Week, Caitlin Barr had the privilege of interviewing creator Kia, the founder of the queer owned UK business Nudes By Kia, which turns “people’s own nudes into wearable art”. Caitlin and Kia spoke about the genesis of their business, and why they think that reclaiming and celebrating your body is so important. Their discussion follows: END_OF_DOCUMENT_TOKEN_TO_BE_REPLACED

The pandemic has claimed its latest victim. First it was Debenhams and now it’s ‘Big Topshop’. The Oxford Street Aladdin’s cave, filled with bubble tea, crop tops in twelve different colors and pulsating tunes is no more. London has lost a landmark, a teenage haven and the ‘one-stop shop’ of fashion. With news of the closure of Topshop’s flagship store coming just a month after the Arcadia group announced it was going into administration, the decline of this fashion house is on very palpable horizons. Topshop is, I do not dispute, a contributor to fast fashion (see here for tips on all important sustainable shopping), but it is also a brand with enormous cultural and personal significance; it exists for many millennial’s and Gen Z’s as the uniform of their teens. END_OF_DOCUMENT_TOKEN_TO_BE_REPLACED

The December issue of Vogue US saw Harry Styles grace its cover, making him the first solo male to front the magazine in Vogue’s 128-year history. Whilst it may not be surprising that Styles was chosen for the cover of Vogue magazine considering the success that 2020 has had in store for him, the shoot instantly became a defining moment in fashion history. The cover photo shows Styles wearing a classic double-breasted black Gucci jacket over a custom-made baby blue, lace Gucci dress (designed by Gucci’s Creative Director and Styles’ close friend, Alessandro Michele). Naturally, an image of a man wearing a dress on the cover of the world’s most notorious fashion magazine drew headlines and ruffled a few feathers. The most famous quote that this image bore was Candace Owens’ tweet “bring back manly men.” This controversial quote lead to an onslaught of praise in support of Styles, as well as some right-wing commentators supporting Owens. Whilst it is evident that 2020 has proven that masculinity is no more than a concept formed by societal norms, it is also worth considering if Styles deserves the praise that he has been given. END_OF_DOCUMENT_TOKEN_TO_BE_REPLACED 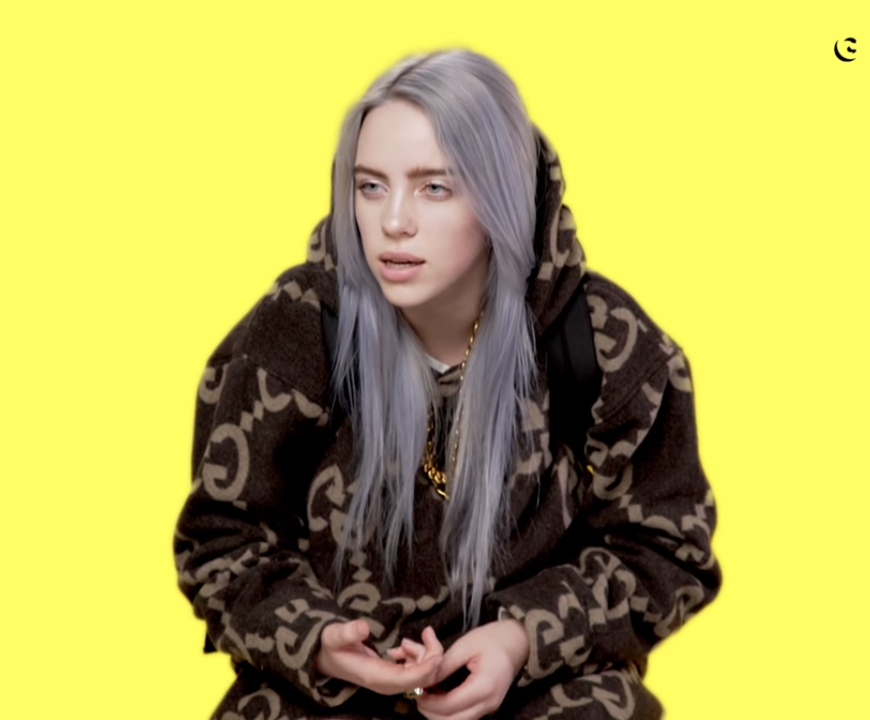 Billie Eilish has exponentially risen to fame in the last few years, renowned for her ‘baggy’ streetwear style as shown by “her gender-neutral style to the Grammys with a neon green, crystal-embellished Gucci bowling shirt and jogging pants” (Lindsay Weinberg 2020). In an interview for Calvin Klein’s 2019 campaign, “I Speak My Truth In #MyCalvins”, Eilish divulged that her style sparked from her desire for … END_OF_DOCUMENT_TOKEN_TO_BE_REPLACED

British fashion designer, Grace Wales Bonner’s Spring 2021 Menswear collection is a beautifully retro, jewel-toned tribute to her Jamaican heritage. The Central Saint Martin’s graduate regularly explores black culture through her designs, and her most recent collection takes inspiration from early-1980s Jamaica, and dancehall and reggae culture. Wanting to put her own spin on this, she looks to her upbringing in London and adds a British twist to her Jamaican roots. END_OF_DOCUMENT_TOKEN_TO_BE_REPLACED

It is common knowledge by now that the fashion industry is not as inclusive as it could and should be. One of the areas of fashion that lacks inclusivity is the sizing range that clothing stores and companies offer to customers. ‘Regular’ sizes in the UK consist of anything between a size 6 and a size 16. Anything outside of this ‘regular’ sizing is then considered to be petite or plus-sized. Whilst the fashion industry is trying its best to be inclusive by featuring petite and plus-size ranges as parts of their collections, it doesn’t always hit the mark. END_OF_DOCUMENT_TOKEN_TO_BE_REPLACED

In recent years, consumers have demanded more and more from the fashion industry. They clamour for greater quantities of garments to fill their already-bursting wardrobes, to keep up with fleeting TikTok fashion trends and, most importantly, to appear on their well-curated social media accounts. The fashion industry has undergone a significant shift in recent years, rapidly adapting to the purchasing habits of modern consumers. Above all, people are seeking more clothing than ever before, and this sartorial excess comes at the cost of the environment. END_OF_DOCUMENT_TOKEN_TO_BE_REPLACED

Channel 4’s Inside Missguided: Made in Manchester documentary shows behind the scenes of fast fashion brand, Missguided. However, the documentary masks the company’s unethical practices and underpaid factory workers, with the Missguided employees’ bubbly and likeable personalities. END_OF_DOCUMENT_TOKEN_TO_BE_REPLACED 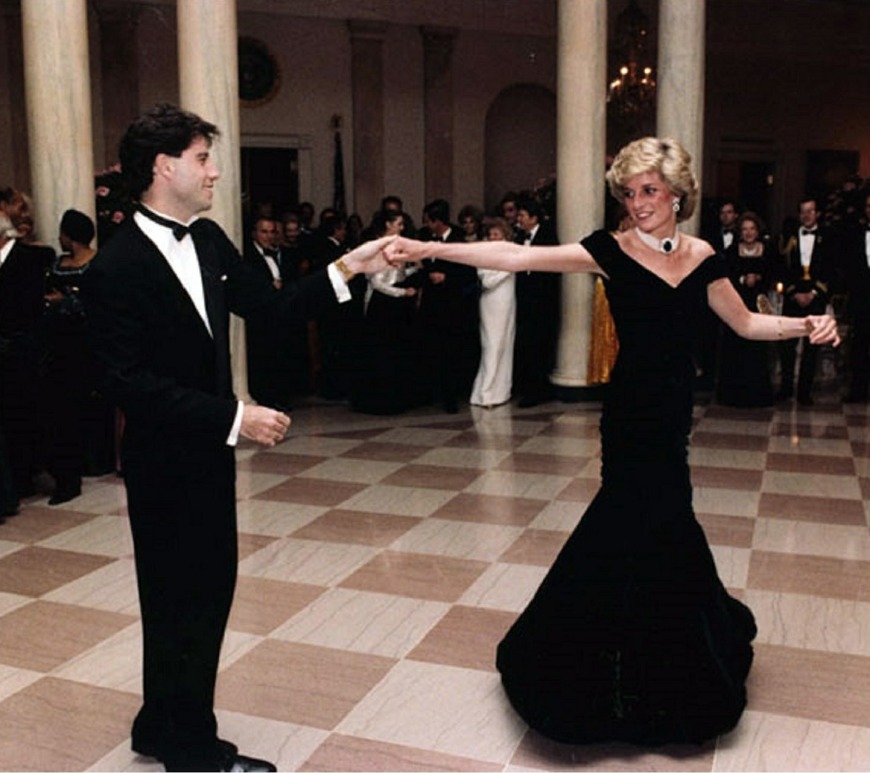 When you think of 90s fashion, what first comes to mind? Cycling shorts, baggy sweatshirts and high-waisted jeans? Oversized blazers, scrunchies and tiny shoulder bags? If you’re thinking that sounds like a rundown of what you’d see walking into Urban Outfitters, you’d be correct. Over the last few years, we’ve seen a revival for all things vintage – and no-one exuded 90s cool better than Princess Diana. END_OF_DOCUMENT_TOKEN_TO_BE_REPLACED

Follow RAZZ on WordPress.com
This Wednesday RAZZ will be hosting a collaborative Book Club Event with LGBTQ+ Society in celebration of Pride Week- come along to share your favourite books and leave with some new recommendations!
In this interview, @caitfrom5to7 talks to artist Sanya Fardaraghi about her art, influences, and lockdown!
Next highlight is an ‘it’s debatable’ about the commodification of the body positivity movement! Words by @msvibhuti and @__aimeefisher
Our first spotlight is about ‘situationships’ and how they can be defined at this tricky point in our lives! Words by @char.lotte_weston and illustrations by @_emmafry @emmafryart
Thanks to everyone who contributed to our RAZZ Print Magazine Edition No. 30 ‘Definition’. Out tomorrow 5 March at 12pm!
On the 9th March at 7pm RAZZ will be hosting a Q&A event with Daisy Griffith, who is head of TV and online news for BBC South West! If anyone has any questions they would like to ask her please message this page, or alternatively there will be an opportunity to ask questions in the live chat during the talk.
My Tweets
RAZZ
Blog at WordPress.com.
Loading Comments...
Comment
×