The New Abnormal sees The Strokes return seven years after their last studio album, with a sound that will take fans back to the band’s glory days in the ‘00s.

The New Abnormal couldn’t be a better album title for the times in which we are currently living. The Strokes’ past two albums, Comedown Machine (2013) and Angles (2011), received mixed reviews, amid rumours that the band weren’t on talking terms and even recorded the albums separately. Following a seven-year hiatus in which the band members focused on solo projects (Julian Casablancas with The Voidzand Albert Hammond Jr.’s solo albums), The New Abnormal sees The Strokes return to form with a sound that will satisfy their longtime fans. Produced by music legend Rick Rubin, The Strokes have seemingly refocused their music by returning to what they know best. It seems the five members are back on good terms as the album is cohesive and takes listeners back to The Strokes’ glory days in the early ‘00s.

The Strokes are arguably the kings of modern rock album cover art, and the Basquiat piece on the front of this album is possibly one of my favourite pieces of cover art ever. The energy of the cover art translates to the energy of The New Abnormal’s content. The album is very heavily ‘80s influenced, which is something that Julian Casablancas has always cited as an inspiration for his music. He even sings “And the ‘80s song, yeah, how did it go?”, in ‘Brooklyn Bridge To Chorus’, one of the most energetic songs on the album. The double guitar from Nick Valensi and Albert Hammond Jr., the bass line and the guitar solo are all reminiscent of earlier Strokes albums. The chirpy synths that open the song also have a heavy ‘80s feeling, but the instrumentals seem to overpower the vocals, which is a disappointing element to this otherwise great song. The album opens with ‘The Adults Are Talking’, a song with a steady build which goes from quiet, sensual vocals with a steady guitar and drum rhythm, to falsettos and echoing guitar solos. It’s an effective way to open the album, setting the tone for the rest of The New Abnormal. Casablancas’ vocal range has definitely improved since past albums. He goes from singing smooth deep notes, to hitting falsettos perfectly, and it is fair to say his vocals (which never seem to age) are one of the most pivotal parts of The Strokes’ sound. ‘Selfless’ opens with some dreamy arpeggios, which then cut to lyrics that heart-achingly discuss relationships and body-shaming (“Why’d you let them judge your body?”). 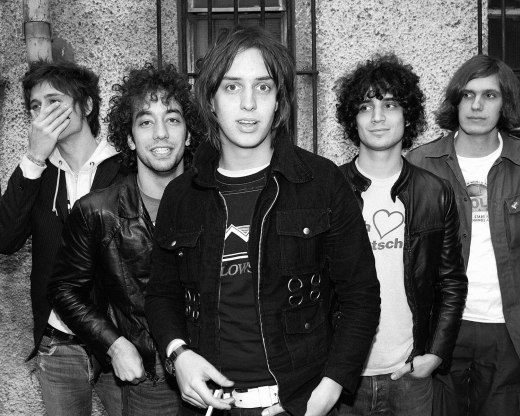 The ‘80s influence that Casablancas talks about is also made clear in ‘Bad Decisions’, perhaps too obviously. Despite the Billy Idol writing credit on this song, it sounds like The Strokes are trying too hard to follow the style of the ‘80s bands which they so clearly love, with the opening guitar sounding like a rip-off of an ‘80s alt-rock band. Following this is ‘Eternal Summer’, a six-minute-long song which definitely needed to be cut down in length. The vocals, which go back and forth between falsetto and punchy shouts, are the best part of this otherwise weak song, which unfortunately features forgettable instrumentals and over-simplistic lyrics. However, the rough patch in the middle of the album is then restored by its last songs, which are revealing, personal and powerful. ‘At The Door’ is a ballad in which the simple instrumentals combined with the heart-breaking lyrics create one of the strongest songs on the album. The album closes with ‘Ode to the Mets’, which opens with plonky synth-beats that bloom into the dream-pop style which is prominent on this album. The deep, sad vocals from Casablancas, which then cut to echoing, repetitive guitar riffs end the album on a genuinely beautiful high.

With this album, The Strokes show that sometimes looking back to the past can be a good thing. Reminiscent of their earlier music in the ‘00s, The New Abnormal proves The Strokes are as good as ever, and that their sound will never go out of style.