Another Halloween has been and gone but our obsession with fancy dress is far from over. And the best part is that you don’t even have to wait until your friend’s birthday or Christmas party to whip-out your best costume anymore – it seems we’re starting to integrate our favourite outfits from popular culture into our everyday wear, with John Lewis reporting last month an increase in sales of Peaky Blinders’ style flat caps, and black jumpsuits, like those worn by Phoebe Waller-Bridge in Fleabag. 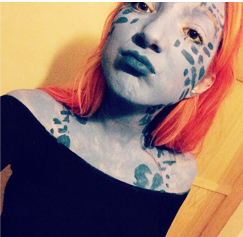 And whilst I doubt my orange haired, mystique costume of 2016 will be making a reappearance, there are definitely a few iconic outfits from TV and film I know I would LOVE to be wearing right now!

We’ll start with the basics, two words – Rachel Green. Rachel Green literally lives and breathes fashion, but season one Rachel by far wore some of the most iconic outfits of the Friends series – and yes, I know we’re all thinking about that red plaid skirt and high-necked jumper combo. With 90s fashion trends circling back around again, it wouldn’t be difficult to rock this outfit walking down Exeter high-street… but it might be worth waiting until it’s a little warmer.

Cher in Clueless. An absolute classic. Whilst I love all of Alicia Silverstone’s outfits in this iconic 90s’ film, the yellow-plaid skirt and blazer combo she wears in the film’s opening really takes the cake. If you ask my friends, they can confirm that I spent most of first year waiting for an excuse to wear this quintessential look– and I finally got my chance at Cavern’s 90s party in term three. But now I wouldn’t even have to wait – statement plaid co-ords such as Cher’s yellow number seem to be coming back into fashion, with shops like Monki selling a variety of coloured co-ords this season!

I can’t lie, I’m a HUGE Stranger Things fan, and it’s not just Steve Harrington’s hair that makes the fashion in this show iconic. Season three in particular is full of bright, colourful, garish outfits, such as Eleven’s yellow and black jumpsuit, or Max’s rainbow T-shirt and sleeveless hoodie. Whilst I probably see myself in something more muted, like El’s denim dungarees or Nancy’s drop-sleeved patterned jumpers, it’s undoubted that an 80s’ nostalgia is starting to flood our high-streets.

It’s hard to pick an outfit from Legally Blonde that I wouldn’t love to be wearing. I mean from Elle’s sequinned pink bikini top and fluffy hot-pink coat, to the bunny costume we ALL wish we could pull off with as much grace and sass as Elle did, this girl can really wear the colour pink. And I’m living for it. Chanel Oberlin from Scream Queens is perhaps the closest to a modern reincarnation of Elle’s ostentatious fashion-sense, so if you still want the fur without the 90s’ fit, this would definitely be the way to go.

Now I don’t know if this is just the English student in me, but I love everything Carey Mulligan wears as Daisy Buchanan in the 2013 film adaptation of this timeless novel. I’m particularly a fan of the amazing gem-encrusted nude dress she wears to one of Gatsby’s famous parties – fur collar, diamond headband, and all. There’s nothing about this outfit that I wouldn’t love to wear and be extravagantly over-dressed to an end of term ball, night-out in TP or to a family meal.

With Christmas just around the corner, I thought I’d leave this little honourable mention here too:

You know where I’m going with this? Yes, the famous Jingle Bell Rock scene where Cady, Regina, Gretchen and Karen don red-tank tops and pleather skirts lined with white fur, wear black silk gloves and the classic Santa hat. I think it’s time to get on EBay and pull something together before they start playing Christmas tunes in Fever…