Ever wondered what brain sashimi tastes like? Yeah, me neither, but Doctor Hannibal Lecter could probably tell you. Yes, that’s right, the legendary gastronomical enthusiast, Hannibal the Cannibal. This three-season show, while not strictly Halloween related, is a bubbling cauldron of aestheticism, philosophy and sensual horror. Set before Lecter’s imprisonment as shown in the movie, Silence of the Lambs, Bryan Fuller reimagines Thomas Harris’ novel using innovative, visual delights which leave you disturbed and often (somewhat worryingly) very hungry. Charismatic, charming, the good Doctor is sure to draw you in with the subtle wit and humour Fuller wields so delicately in a show brimming with intelligent dialogue. Perhaps most daring, however, is Fuller’s choice to reimagine Lecter’s relationship with Special Agent Will Graham as a bond founded on mutual understanding and erotic attraction. The result is one of the most unconventional love stories of the 21stcentury. So, if you’re a fan of horror, strategy and, of course, an array of extremely sexy suits, why not try Hannibal this Halloween? He promises not to bite! 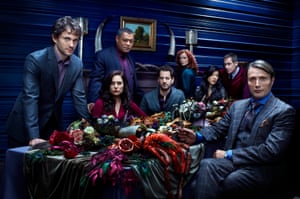 One thought on “Halloween Culture Favourites: Review of Hannibal”