Benjamin Francis Leftwich, acoustic folk singer songwriter, performed at Exeter Cavern last Saturday, an artist who conjures a distinct sound in others’ heads: fingerpicked guitar, hushed-almost-wispy vocals, and melancholy lyrics. Despite the wispiness of his vocals, they were enough to consume the underground of Exeter Cavern; enough so for Leftwich to even step away from the microphone at times.

Leftwich played numerous songs spanning across different albums. As the gig progressed, he interacted more and more with the audience – revealing details about his life, besides his highly personal lyrics. He referred to his support act, Rosie Carney, as “his sister”, coinciding perfectly with the lyrics in ‘Pictures’ – “we will be thankful to/ All of our friends”. Certainly, Leftwich was thankful to all involved, including the audience, referring to us on numerous occasions as “beautiful people” – a unified whole in the moment. He also complimented the audience for their quietness, easing his lulling vocals. In ‘Pictures’ this particularly came across, as he stepped away from the microphone and almost became one with the audience, unravelling the lyrics as a natural conversation.

Before playing ‘Some Other Arms’, Leftwich told us the story of how a holiday to Australia resulted in a five-month song writing period where he stayed in his room. The song is cathartic, focusing on moving onwards and away from people – despite the fact he “was afraid” – and wishing them well. Again, he left the microphone, symbolic of the action of moving on or his “escape”, playing a guitar riff of harmonic notes slid up and down. The line “Over the moon, under the ground” overturns a cliché into its introverted reality, “under the ground” of Cavern itself. Likewise, Leftwich again made a move away from the microphone in ‘Box of Stones’, as he sang the line “I’m yours, I’m free”.

In ‘Gratitude’, also the title of his latest album, Leftwich included a mixture of sliding similar chord progressions, hammering on single notes and strumming each chord once with breaks in between. The line “If somebody had told me then what I know now” again focused on an overturned perspective like in ‘Some Others Arms’. At the end of ‘Gratitude’, he came closer to the audience to fingerpick the final chord, letting its impact linger on in our minds.

Despite mainly using his acoustic guitar and occasional piano accompaniment in pieces from his latest album, ‘Butterfly Culture’ involved a metamorphosis to electric guitar, confronting a more wide-scale issue of addressing the depression of one specific person through his own eyes, and the perspective of others. The symbol of butterflies is used as a symbol of hope for those who “spin around the most”. 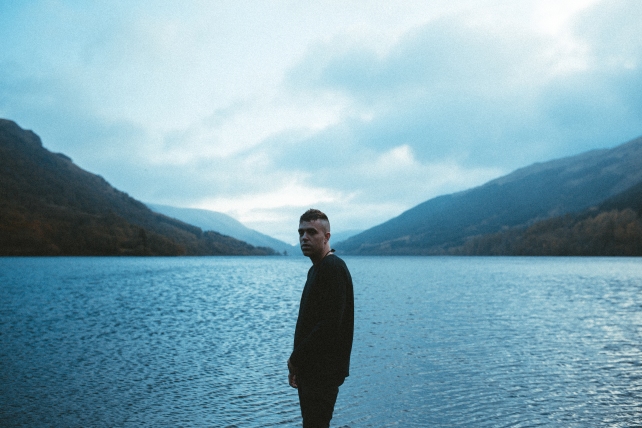 Leftwich played numerous songs from his latest album. ‘Look At The Mess We Made’ included its piano accompaniment, using a single root note then building up lower bass notes. Leftwich also used echoes in the line “even if we’re running by”, like the “signs and signals” that he speaks of flashing in the night. He also played ‘4AM in London’ towards the end, focusing in on his perspective of another person, spanning across time zones. The line “you make me complete”, despite its wholeness in the word “complete”, is an incomplete version of the previous and constantly repeated “you make me completely alive” in Leftwich’s intonation. Despite its optimism, the way he played it revealed its hints of difficulty and “tears on the screen”.

Leftwich often used the guitar itself as a form of percussion – patting the strings as a light drumbeat – particularly in ‘Shine’, one of his more well-known songs; the line “I could sing your favourite song and sing along” became relatable to most audience members and the drumbeat assisted its catchiness. Leftwich ended the gig on his also well-known ‘Atlas Hands’, inverting his picked chords through the second half into strummed chords to pick up the pace, revealing a more unique way of playing it than the recorded soundtrack.