“If you are after a little amusement, they’ll play the tune”

The Marriage of Figaro by Wolfgang Amadeus Mozart, and translated by Edward J. Dent is the first production by the Exeter Opera Society, bringing a multi-layered tale of love, jealousy and confusion to 1920s England, performed in St David’s Church. In just a month and a half, and with the majority of performers never having seen, let alone taken part in an opera, the society successfully brought a unique cultural event to students and families alike.

The dynamic between Figaro and Susanna is instantly endearing, with an entertaining contrast between Figaro’s confident optimism and Susanna’s practical thinking and plotting. Mistaken identity and occasional gender play give a sense of dialogue with Shakespeare’s A Midsummer Night’s Dream, but interactions between servants, nobility and masters give an added layer of class politics, that heightens the comedic caricatures. 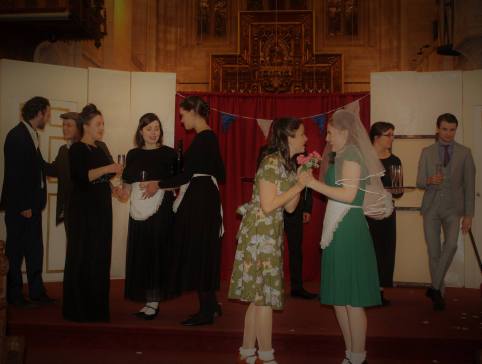 With a story that centres around a marriage, the church setting is perfect for scenes of rose petals and wedding veils, and it is impossible to ignore the grandeur it adds both visually and acoustically. Songs that emerge from awkward interactions, plotting and misunderstanding rise and swell, engaging with a tradition of choral singing that is as uplifting as it is shocking- I’ve never heard women reject the advances of slimy men with such grace and harmony!

And while we’re on the topic of slimy men, that is part of what makes this show so accessible. The themes are still pertinent today and this condensed version treats its characters with a sense of humour and affection. An array of distinctive and unusual minor characters keeps a sense of lightness and playfulness that many would be surprised to discover from opera. Particularly after the Second Act, the story becomes increasingly whimsical and the confusion lends itself to some wonderfully chaotic songs, as well as a triumphant ending. 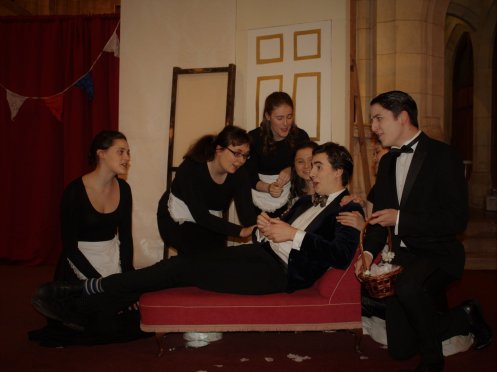 When speaking to director Katherine Rees, I was struck by the genuine efforts taken to make opera more accessible, for audiences to enter “feeling welcomed” and leave (whether they enjoyed the show or not) with a greater understanding of the medium. This was certainly achieved. The modernisation of a 1920s setting gives a more familiar frame of reference, as well as a sense of fun and aesthetic possibilities. Likewise, the distinctive costumes allow the audience to navigate between the interconnected characters at a glance. Furthermore, having a non-auditioned chorus, and taking the upmost efforts to give anyone who was interested a role in the orchestra or production team, is a definite blow to preconceptions of elitism surrounding the medium. The warmth of the performance is undeniable- there is something infectiously enjoyable about watching performers who care so much about what they are doing. 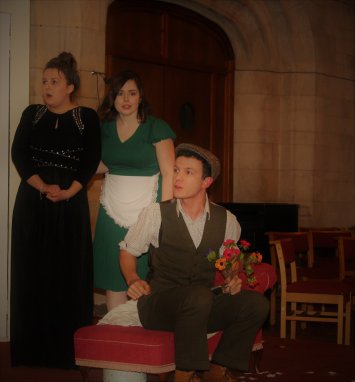 This is clearly a society that is both ambitious and true to its intentions. It is as much about bringing the joy of an unconventional art form to the performers as it is the audience, and although it may require a little more attention than an evening of Netflix, you are rewarded with music which is as richly layered as the interactions between the characters.