It’s easy to get caught up in the ‘New year, New me’ mind-set that plagues the cool month of January. The beginning of yet another year appears to catalyse the need for self-improvement. It perpetuates an obsession with the toned and slender form which is constantly held up as the transcendental body image. Navigating this time of year can be a minefield; the feelings of guilt about over-indulging over Christmas are inevitable. While I don’t discourage making a positive change in the new year to eat healthily, these adverts for ‘fad’ diets often indirectly encourage unhealthy ideas about and approaches to weight-loss. Focusing on every single detail of the ingredients on food packaging or counting every single calorie in-take cannot be a positive influence on your mentality.

These diets are mostly targeted at women between the age of 25 and 60 as many magazines feature articles on weight-loss. Many of those who follow these diets fall into the ‘yo-yo’ or weight cycling effect where they will often put back on all the weight they lost in 1-5 years. Imagine a woman of this age who has previously tried many of these diets without success and has finally decided to give up and embrace a positive attitude towards her body. However, this resolve is forgotten as she passes various shop windows on a January afternoon with magazines displaying the enticing headlines on “How to lose weight fast!” And thus, the never-ending cycle begins again where the goal of a truly sustainable positive attitude towards herself is never obtained. This demonstrates how the onslaught of dieting adverts in the new year entices even the most strong-minded of people. 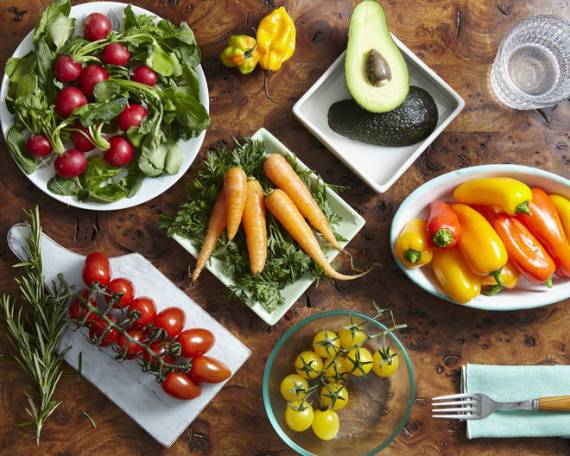 This relentless focus on this one topic can often be particularly triggering for those who have previously suffered from an eating disorder. The overwhelming seduction of all these diets can lead them on a downward spiral back to where they started. It makes their chances for a full recovery all the more difficult, no matter where they are in the process.

Not only this, but our weight-obsessed culture is severely damaging to younger generations too. In a recent study on dieting among the young, a shocking “81% of 10 year olds say they’re afraid of being overweight.” The fact that this on-set fear can bloom so early on is deeply worrying. These children will go on to spend their whole lives trying to fit themselves to an unsustainable perfect mould. In the same survey they found that “more than one-half of teenage girls and nearly one-third of teenage boys use unhealthy weight control techniques such as skipping meals, fasting, smoking cigarettes, vomiting, and taking laxatives.” While this may not be as shocking to us as everyone knows there is a heightened self-awareness during these years, it should still surely be a sign that it has gone too far.

Avoiding these social pressures has become almost impossible with adverts of beauty products invading our daily lives at every turn. You only have to scroll so far through social media platforms to come across them. And, frankly, the endless stream of before and after photos of a new diet or exercising plan is getting boring. So, this year I suggest we try and adopt a positive attitude towards our bodies and ignore those obviously photoshopped images of “perfect” bodies. Forget that ‘diet plan’ your friend recommended to you and encourage those around you to love themselves the way they are. Everyone is beautiful. We, as individuals, must insist that the body shaming stops here.

One thought on “Why the January Diet Culture Belongs in the Bin.”